The Bible – An Integrated Whole

The Bible has a fascinating history and provides further evidence for the existence of God.

The Bible is a phenomenal account of history, comprised of 66 separate books, written over approximately 1,600 years by at least 40 different authors. The Old Testament contains 39 books written from 1500 to 400 BC, and the New Testament contains 27 books written from 40 to 95 AD (all dates are approximate). The Jewish Bible (Tanakh) is the same as the Christian Old Testament, except for the arrangement of its books. The original Old Testament was written in Hebrew with some Aramaic, while the original New Testament was written in Greek. 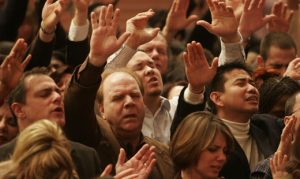 The Bible begins with the Jewish scriptures. The historical record of the Jews was written on leather scrolls and tablets over centuries. The authors included kings, shepherds, prophets, and scribes. The first five books are called the Law and were written and/or edited primarily by Moses in the early 1400’s BC.  The remaining texts were written and collected by the Jewish people during the next 1,000 years. Around 450 BC, the Jewish scriptures were arranged by councils of rabbis (Jewish teachers), who then recognized the complete set as the inspired and sacred authority of God (Elohim). At some time during this period, the books of the Hebrew Bible were arranged by topic, including The Law (Torah), the Prophets (Nebiim), and the Writings (Ketubim). The first letters of these Hebrew words—T, N, and K—form the name of the Hebrew Bible—the Tanakh.1

Beginning as early as 250 BC, the Hebrew Bible was translated into Greek by Jewish scholars in Alexandria, Egypt. This translation became known as the “Septuagint,” meaning 70, and referring to the tradition that 70 (or possibly 72) men comprised the translation team. It was during this process that the order of the books was changed to the order we have in today’s Bible: historical (Genesis–Esther), poetic (Job–Song of Songs), and prophetic (Isaiah–Malachi).2

Although the Jewish scriptures were copied by hand, the copies remained extremely accurate. The Jews had a phenomenal system of scribes who developed intricate and ritualistic methods for counting letters, words, and paragraphs to ensure that no copying errors were made. These scribes dedicated their entire lives to preserving the accuracy of the Holy Scriptures. A single copy error would require the immediate destruction of the entire scroll. This Jewish scribal tradition was maintained until the invention of the printing press in the mid-1400’s AD. As far as manuscript accuracy, the recent discovery of the Dead Sea Scrolls has confirmed the remarkable reliability of this scribal system over thousands of years.3 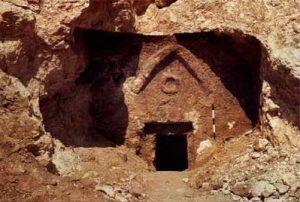 After approximately 400 years of scriptural silence, Jesus arrived on the scene in about 4 BC. Throughout his teaching ministry, Jesus often quoted from the Tanakh (Old Testament), declaring that he did not come to destroy the Law (Jewish scriptures), but to fulfill it (Matthew 5:17). In the Book of Luke, Jesus proclaims to his disciples, “all things must be fulfilled which were written in the Law of Moses and the Prophets and the Psalms concerning me.”4

Starting in about 40 AD, and continuing to about 95 AD, the eyewitnesses to the life of Jesus, including Matthew, Mark, Luke, John, Paul, James, Peter, and Jude, wrote the Gospels, letters, and books that became the Bible’s New Testament. These authors quote from 31 books of the Old Testament and widely circulate their material so that by about 150 AD, early Christians were referring to the entire set of writings as the “New Covenant”. During the 200s AD, the original writings, which were now considered to be inspired Scripture, were translated from Greek into Latin, Coptic (Egypt), and Syriac (Syria), and widely spread throughout the entire Roman Empire and beyond.5

Although the Bible consists of 66 separate texts written by a diverse group of people over hundreds of years, as a whole, the book becomes a perfectly integrated message system! From Genesis to Revelation, there is a systematic structure that boggles the mind. Even with today’s computers, scholars have a hard time understanding how the various models, types, codes, themes, symbols, and prophecies could have come together without material error or inconsistency. There are numerous devices used throughout the Jewish scriptures (Old Testament) that are fully explained in the New Testament texts. Often, Jesus Christ himself acts as the full explanation that ties the Old and New Testament concepts together. It’s a remarkable study!

The use of certain key numbers is another device used throughout the biblical texts which point to a unified hand in the creation of the entire book. For example, the number “7” is used to signal God’s perfection of design and the completion of His work. God rested on the 7th day after completing His creation of our planet on the 6th day. It was complete and whole (Genesis 2:2). In the last Book of the Bible, Revelation, Jesus writes letters to seven of His churches and carries out His final judgments against evil and those who oppose Him in three series’ of sevenfold judgments. The final judgment ushers in the return of Jesus Christ (Revelation 21:9). 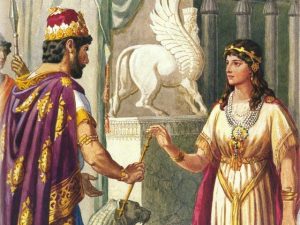 Sometimes the 7’s are buried in the original Hebrew structure of the letters, words, and sentences. Since each ancient Hebrew letter had a unique numeric value, “codes” and “counting devices” could be embedded in the text. For example, Genesis 1:1 has a dozen “counters” buried in the original Hebrew, each of which is a multiple of seven. The genealogy of Jesus in Matthew 1:1-17 is actually “designed” beyond all statistical probabilities. Whether it be names, words, letters, vowels, consonants, or any number of other devices, everything seems to be divisible by seven. This remarkable structure signified the “completion” and “perfection” of Jesus Christ in the integrated message of the entire biblical text that came before him!

Central to the message of the Bible is God’s gift of salvation through His Son Jesus, the Messiah.

Is it possible that 40 authors writing separately over hundreds of years could have planned the amazing integration and unity of theme that we now see in the completed collection of 66 books? Dig in and explore the integrated design of the biblical texts for yourself!