The Decree of Cyrus the Great 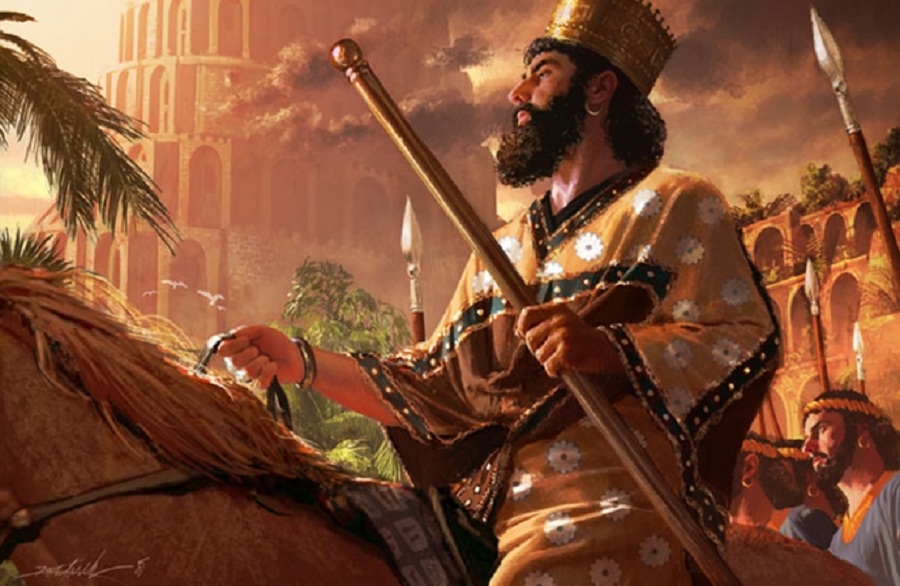 King Cyrus the Great, a king of Persia, was a blessing to the Jews after Babylon destroyed Jerusalem.

The Bible declares that its test for supernatural inspiration is 100% fulfilled prophecy1. That means no predictive failures 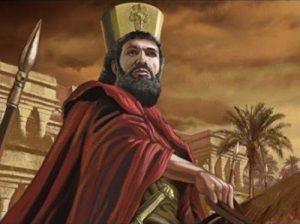 whatsoever. That’s really remarkable. 100%. No misses. Would the multibillion-dollar gambling and lottery industries exist today if people could legitimately and consistently tell the future?

Obviously, the power in the Bible’s 100% fulfillment standard is directly proportional to the number of prophecies declared in the Bible. After all, 100% of two wouldn’t be very staggering. However, the Bible contains over 1,000 prophecies. Of those, an astonishing 668 have been fulfilled and none have ever proven false (three seem to be unconfirmed). The others focus on events that are supposed to take place in the end times.

Are these generalized, self-fulfilling predictions, or are these specific prophecies with evidence outside of the biblical texts?

The Decree of Cyrus

In about 700 B.C., Isaiah names Cyrus as the king who will allow the Israelites to return to Jerusalem and rebuild its temple2. At the time of this prophecy, there was no king named Cyrus and the Jewish Temple in Jerusalem had been completed and was in full operation.

In 586 B.C., more than 100 years later, the Babylonian King Nebuchadnezzar sacked Jerusalem and destroyed the temple. The Jews living in Jerusalem were either killed or taken captive to Babylon3. In about 539 B.C., the Babylonian Empire was conquered by the Persians. Shortly thereafter, a Persian king named Cyrus issued a formal decree that the Jews could return to Jerusalem and rebuild their temple4. This decree is confirmed by secular archaeology in the form of a stone cylinder that details many events of Cyrus’s reign, including the decree to rebuild the Temple in Jerusalem5.

Remarkably, Isaiah predicted that a man named Cyrus—who would not be born until about a hundred years later—would make a decree to rebuild a city and a temple, which were still standing and fully active at the time!

The City of Tyre

In 586 B.C. (confirmed by mainstream history as the 11th year of the reign of King Zedekiah of Judah), Ezekiel predicts the fall of mainland Tyre to the Babylonian armies of Nebuchadnezzar.6 The text further describes the siege against the island fortress of Tyre (a half-mile off the coast of mainland Tyre) hundreds of years later. Ezekiel’s prophecy describes how the future 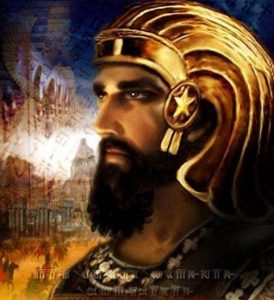 invaders would tear down the ruins of mainland Tyre and throw them into the sea. They would “scrape her dust from her and leave her as the top of a rock”.7 “They will lay your stones, your timber, and your soil in the midst of the water . . . I will make you like the top of a rock; you shall be a place for spreading nets.”8

History records that Nebuchadnezzar laid siege to the great mainland city of Tyre about a year after Ezekiel’s prophecy. The Encyclopedia Britannica says: “After a 13-year siege (585–573 B.C.) by Nebuchadnezzar II, Tyre made terms and acknowledged Babylonian suzerainty.”9 When Nebuchadnezzar broke through the city gates, he found it nearly empty. Most of the people had moved by ship to an island about a half-mile off the coast and fortified a city there. The mainland city was destroyed in 573 B.C. (Ezekiel’s first prediction), but the city of Tyre on the island remained a powerful city for several hundred years.

History next records that Alexander the Great laid siege to the island fortress of Tyre in 332 B.C. His army destroyed the remains of mainland Tyre and threw them into the Mediterranean Sea. As Alexander’s army constructed a causeway to the island, they scraped even the dust from the mainland city, leaving only bare rock. Historian Phillip Myers in his textbook, General History for Colleges and High Schools, writes, “Alexander the Great reduced Tyre to ruins in 332 B.C. Tyre recovered in a measure from this blow, but never regained the place she had previously held in the world. The larger part of the site of the once great city is now as bare as the top of a rock—a place where the fishermen that still frequent the spot spread their nets to dry.”10

The City of Samaria

The prophets Hosea (748–690 B.C.) and Micah (738–690 B.C.) each predicted the destruction of Samaria, the capital city of the Northern Kingdom of Israel. Not only did these prophets predict violence and destruction, but they declared that this great city would become “as a heap in the field,” with its stones poured down into the valley, and vineyards planted in place of its great walls, with even the foundations being removed.11 History tells us that Sargon took Samaria by the sword in 722 B.C. Later, Alexander took the city violently in 331 B.C., as did Hyrcanus in 120 B.C. What’s remarkable is not the violent demise of Samaria and its people but, rather, some of the historic specifics of what then happened to that once great city.

Reactions upon visiting the ancient spot have been recorded for centuries.
In 1697, Henry Maundrell declared:

This great city is now wholly converted into gardens, and all the tokens that remain to testify that there has ever been such a place, are only 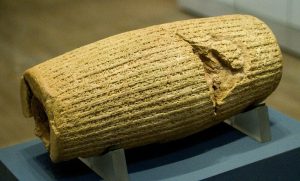 on the north side.

To-day the top of the hill where Samaria stood is a cultivated field with the foundations of the columns marking the place where the palaces and mansions stood. At the foot of the hill, in the valley, lie the foundation stones of the city.12

Her foundations discovered, her streets ploughed up, and covered with corn fields and olive gardens. Samaria has been destroyed, but her rubbish has been thrown down into the valley; her foundation stones, those grayish ancient quadrangular stones of the time of Omri and Ahab, are discovered, and lie scattered about on the slope of the hill.13

Prophecies like these are very specific and supported by mainstream history. What are the probabilities that these predictions would all be fulfilled?

In his classic book, Science Speaks, Peter Stoner reviews some of the historical prophecies of the Old Testament, including Babylon, Tyre, Samaria, Gaza-Ashkelon, Jerusalem, Palestine, Moab-Ammon, and Petra-Edom. Stoner uses peer-reviewed mathematical analysis and principles of probability to conclude:

No human being has ever made predictions which hold any comparison to those we have considered, and had them accurately come true. The span of time between the writing of these prophecies and their fulfillment is so great that the most severe critic cannot claim that the predictions were made after the events happened.14

These biblical prophecies aren’t made up or after-the-fact hoaxes. The historical record shows that they’re absolutely legitimate. What does this mean for the credibility of the entire Bible?