Big Bang Theory: Was it God or Just an Expanding Singularity? 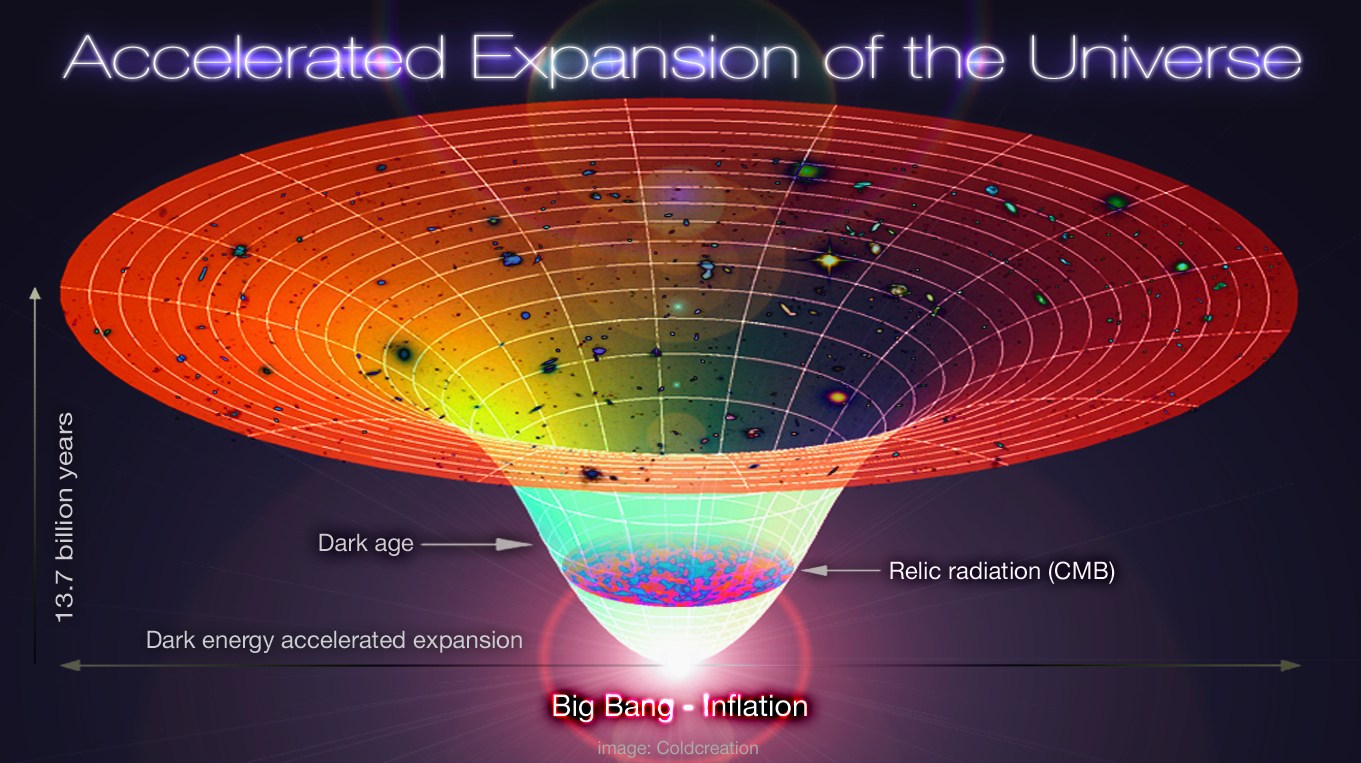 It seems that the Big Bang Theory is not complete without an agitator. Could God have been the One who stirred the Universe into existence?

According to mainstream scholars, the Big Bang Theory and its related Inflation Universe Theory are today’s dominant conjectures about the origin of the cosmos. According to these notions, the universe was created between 13 and 20 billion years ago from the random, cosmic explosion (or expansion) of a subatomic ball that hurled space, time, matter, and energy in all directions. Everything—the entire cosmos—came from an initial speck of infinite density known as a “singularity” 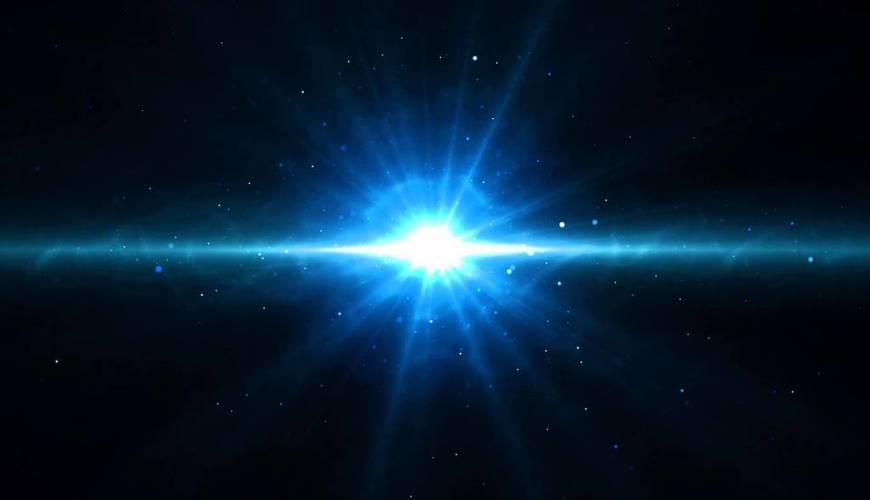 . This speck (existing outside of space and time) appeared out of nowhere, for no reason, only to explode (start expanding) all of a sudden. Over a period of approximately 10 billion years, this newly created space, time, matter, and energy “evolved” into remarkably-designed and fully-functional stars, galaxies, and planets, including our earth.

There you have it. In the last few decades, observable discoveries in the areas of cosmology, astronomy, and physics have shown beyond a reasonable doubt that our universe did in fact have a beginning. Mainstream scientists now agree that prior to a certain moment in history there was nothing; during and after that certain moment in history there was something—our cosmos. The Big Bang Theory is a naturalistic “cosmogony” that tries to explain what happened during and after that moment.

Cosmogonies are philosophical theories, not scientific theories, since the origin of the cosmos is a singular, historical event. The scientific method can’t be used, because that would require duplicating, observing, and testing that one-time event. A cosmogony must be examined like any other historical event using standard rules of evidence, logic, and reason.

What’s the Dominant Cosmogony of the Day?
Returning to our introductory paragraph, today’s mainstream cosmogony is that our cosmos sprang into existence as a “singularity” over 13 billion years ago. What’s a “singularity” and where does it come from? The scholars don’t know for sure. Singularities are zones that defy our current understanding of physics. They are thought to exist at the core of “black holes.” Black holes are areas of intense gravitational pressure. The pressure is thought to be so intense that finite matter is actually 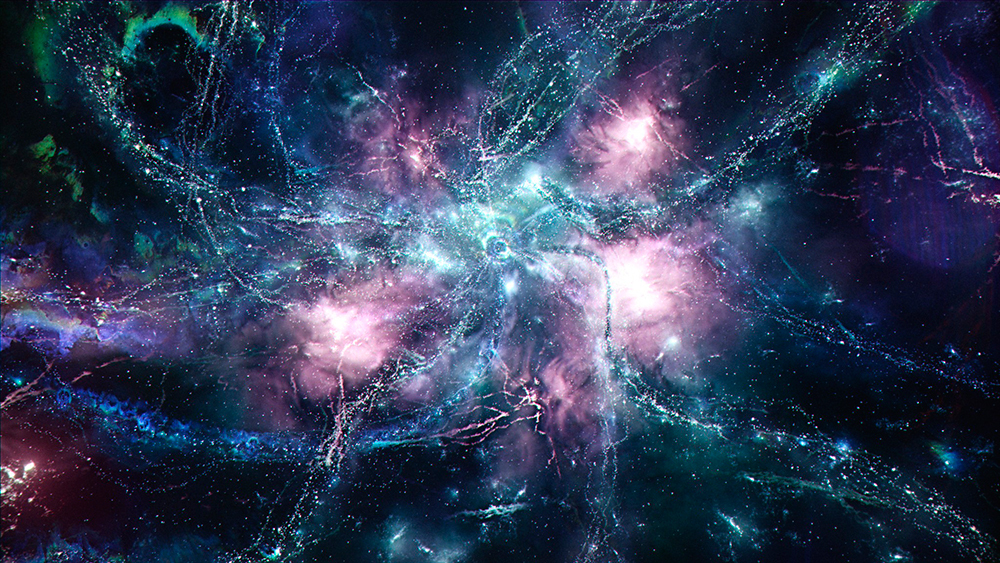 After the initial appearance of this singularity, it apparently inflated, expanded, and cooled, going from very, very small and very, very hot to the size and temperature of the cosmos we have today. It continues to expand and cool and we are inside of it: incredible creatures living on a very unique planet, circling a beautiful star clustered together with several hundred billion other stars in a galaxy soaring through the universe—all of which is inside of an expanding cosmos that began as an infinitely small singularity, which appeared out of nowhere for no apparent reason.

Yes. The mainstream cosmogony of the day is really that simple:

What About God?
It seems that any discussion of today’s Big Bang cosmogony would be incomplete without asking the question, “What about God?” This is because cosmogony is an area where science, philosophy, and faith have to meet. Whether random or designed, the initial creation of the cosmos was a supernatural event. That is, it took place outside of the natural realm—before the natural realm existed. The natural realm consists of matter and energy that we observe in the physical dimensions of space and time.

So, this begs the next question, “Is there anything else that exists outside of the natural realm?” Is there a supernatural Architect out there? If we know that our cosmos had a beginning, was God the “First Cause”?

The opening line of the ancient scriptures declares: “In the beginning God created the heavens and the earth.”5 Let’s break that statement down a bit: 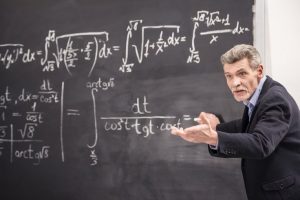 What an awesome and revealing opening line to the biblical texts. It’s identical to the current mainstream theory, except for the God part.

In the beginning, all time, space, and matter came into existence, from nothing, all of a sudden, for no apparent reason.