Evidence of the Martyrdom of First Century Christians

Religion was an integral part of nearly every empire that rose to power in ancient times. In the first century, after Jesus’ resurrection, Christianity was not the religion of most empires. Because of this, Christians endured a great time of martyrdom.

Was the resurrection of Jesus a hoax? Many skeptics believe it was the greatest lie ever conceived. But before you buy into this reasoning, you should check out a dramatic point in early Christian history―the legacy of martyrdom. Early Christians suffered ridicule, threats, persecution, and even death because of their faith. Thousands of early Christians, including 11 of the 12 apostles and many other first-hand witnesses of Jesus, were killed because they believed that Jesus had lived, died, and rose from the dead. 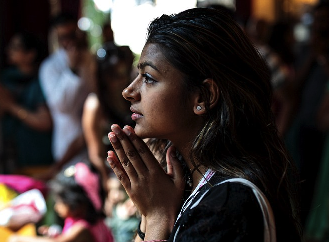 In the 1970s, Chuck Colson was President Nixon’s hatchet man. He knew each of the players involved in the Watergate Conspiracy and he watched as each of them caved in, turning against the President in just a few months. No one was threatening their lives, yet Nixon’s cover-up quickly became uncovered.

If the resurrection of Jesus was a hoax, don’t you think that his disciples would have cracked under the threat of being crucified, beheaded, or fed to the lions as others have throughout history?

The New Testament’s Apostles did claim to see Jesus―very much alive―after his death. Imagine if this were you, and you had seen this remarkable man perform countless miracles regularly for nearly 3 years. After a dramatic sequence of events which led to Jesus’ crucifixion, how might you feel seeing him put to death and then alive again just a few days later? In this context, it is more understandable to see how these witnesses clung to their testimony without recanting, even while facing brutal deaths.

Observe their character, their witness, and the confirmation of their eyewitness account in their blood. Consider the fact that they passed their message on to thousands of others who were also willing to die for the truth of what occurred in Jerusalem in 33 A.D.

Here are some examples from Foxes’ Book of Martyrs1

Around 34 A.D., one year after the crucifixion of Jesus, Stephen was thrown out of Jerusalem and stoned to death. Approximately 2,000 Christians suffered martyrdom in Jerusalem during this period. About 10 years later, James, the son of Zebedee and the elder brother of John, was killed when Herod Agrippa arrived as governor of Judea. Agrippa detested the Christian sect of Jews, and many early disciples were martyred under his rule, including Timon and Parmenas.

Mark was converted to Christianity by Peter, and then transcribed Peter’s account of Jesus in his gospel. Mark was dragged to pieces by the people of Alexandria in front of Serapis, their pagan idol. It appears Peter was condemned to death and crucified at Rome. Jerome holds that Peter was crucified upside down, at his own request, because he said he was unworthy to be crucified in the same manner as his Lord.

Paul suffered in the first persecution under Nero. Paul’s faith was so dramatic in the face of martyrdom, that the authorities removed him to a private place for execution by the sword. Luke was the author of the Gospel under his name. He traveled with Paul through various countries and is supposed to have been hanged on an olive tree by idolatrous priests in Greece.

John was the disciple closest to Jesus. From Ephesus he was ordered to Rome, where he was cast into a cauldron of boiling oil. Miraculously, he escaped without injury. Later Domitian, the Roman Emperor who unleashed an intense persecution against Christians late in the 1st Century, banished John to the Isle of Patmos, where he wrote the last book of the Bible, Revelation. He was the only apostle who escaped a violent death.

Many Christians have suffered and died as martyrs for believing in Jesus. This has always been a fact. 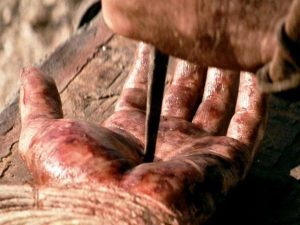 History shows us how persecution against Christians did not slow down the growth of Christianity. Christianity exploded throughout the Roman Empire because of the well-known truth that Jesus claimed to be God, died and eye-witnesses have attested that he appeared alive to more than 500. And many gave their lives for their faith in Jesus as the Messiah.

As time has continually progressed, many more people have come to faith in Christ because of the witness of the martyrs. This evidence is the reason that more followers of Jesus have died for their faith in the 20th century than in all of the previous centuries combined.