Miracles can be a subject of debate and are often ridiculed, but there are too many instances of unexplainable situations that could only have happened supernaturally.

If someone who lived a hundred years ago watched you power up your computer and begin to play a video game, they would think you were a miracle worker. However, you know that scientists have learned more about the world and have made incredible discoveries, leading to technical advances and the modern technology that is so prevalent in our lives today. 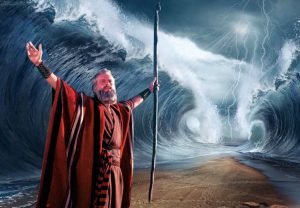 If humans can transform the world of communication, data processing, and games with a box that appears to be miraculous, is it so irrational to believe that an all-powerful Creator could have the ability to do some incredibly awe-inspiring acts that would point us to Himself?

Philosophers like Spinoza and Hume in the 18th Century Age of Enlightenment would disagree. They preached that divine miracles did not occur because they would violate the immutable laws of nature. They believed that the universe is a closed system, never invaded from the outside by any sort of supernatural force. An intervention from beyond would violate these ironclad laws. But is their logic sound?

The law of gravity is one of the most powerful realities of the natural world. It states that rocks do not fly through the air but remain still, safely lying on the ground. When a child reaches down, picks up a stone, and hurls it through the air, does he shatter this law? Of course not! The child has simply applied another principle and, as pilots often say, anything will fly if you apply enough thrust.

When God caused an axehead to float in the Old Testament or when Jesus walked on the water in the New Testament, it was like the child throwing the rock. No laws of nature were broken; the Creator of nature was simply deciding to apply different principles and greater forces.

The once-accepted philosophies of the 19th and 20th centuries that argued that nature and our understanding of scientific law are all that exists are not as accepted as they once were. In today’s society, people are constantly searching for the supernatural. Modern television shows, movies, and literature are filled with unexplainable experiences, mystics, ghosts, sixth senses, and more. 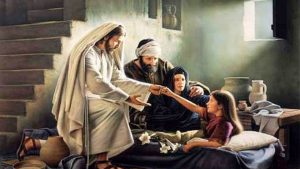 The New Testament Gospel accounts of the miracles of Jesus are believable if you accept that a Creator― who has more power and understanding of the Universe than we do―truly exists. To those who do, it is easier to believe that the Scriptures were inspired by God Himself.

Whether or not you personally hold them in such high esteem, at the very least, these gospels represent four separate historical accounts that were written by authors who witnessed the events contained within. Is it beneficial to deny their testimony because of a personal bias against the possibility of miracles?

Biblical miracles defy all explanation except that they were the acts of God.

Many of the witnesses to Jesus’ miracles and his resurrection―the greatest miracle―were still alive when the 1st Century written accounts were published and distributed. Many of these witnesses spent their entire lives telling others that they had seen Christ very much alive after His crucifixion. Ironically, even those who opposed the reality of Jesus’ resurrection did not deny that He had worked mighty wonders. They claimed that He was a powerful magician, but would not admit that He was the Son of God.

Who do you think He was: a magician, a con artist, or God’s Son?